This study has been conducted within the Natural Park of Sierra Magina, in Southern Spain (37.6° N, 3.4° W) (Fig. 1). The area has a rough extension of 30 km x 48 km and shows a relatively complex topography, with a minimum height above sea level of 600 m and a maximum of 2150 m, with the 50% of the grids points above 800 m. The maximum surface slope is 56.94° and the 25% of the grids have a slope higher than 16.41°. The predominant surface orientation is around North. This aspects distribution benefits the existence of terrain patches with no direct solar beam along the year. The local climate is that of a typical middle and high Mediterranean mountainous environment, with dry hot summers, cold winters and relatively high precipitation during autumn and spring.

Located within the park, our research group have deployed a total of 11 radiometric stations (Figure 2). The radiometric stations are equipped, among other instrumentation, with HOBO (Onset Corporation) data-loggers that record the global irradiance registered by Licor 200-SZ radiometers. An annual calibration and inter-comparison of the sensors is carried out and the instrumental error is estimated to be less than 5%, typically 3%. The data set consists on data recorded on a 10 minutes basis and, for the purposes of this work, they were averaged to a hourly basis. In order to avoid the cosine error of the sensors, those data corresponding to a solar height below 7° were discarded. The location of the stations cover a range of elevations, slopes and aspects as wide as was possible. Table 1 shows the topographic features of the stations. 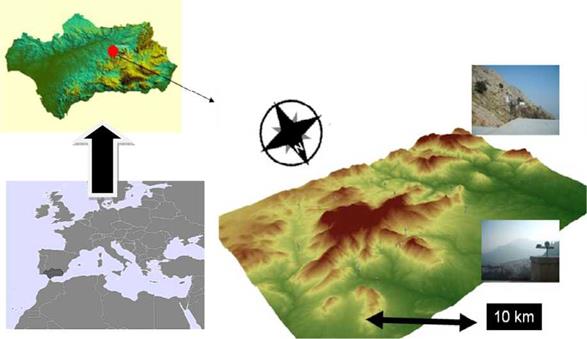 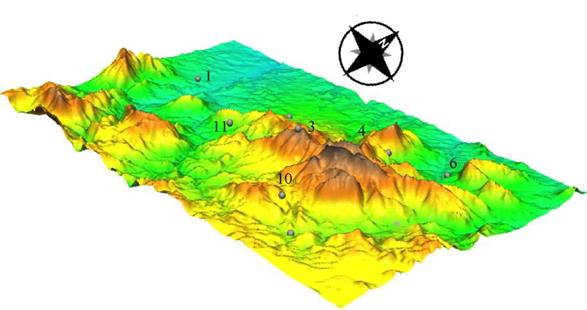 Fig. 2. Location of the stations. Results at stations 4, 5 and 11 are evaluated in this study.

Benchmarking is the largest activity within the MESoR project. The aim of the benchmarking exercise is to establish a coherent set of benchmarking rules and reference data sets to enable …

Each of the databases analysed here is integrated within a system (software setup) that provides additional tools for search, query, maps display, and calculation of derived parameters. PVGIS (the European …